A Coalition of 40 small 99-seat non-profit theaters and freelance performers are banding together to make theater accessible to all. Continue the conversation with us on Instagram @sb805california, on Twitter @sb805ca and on Facebook. Hashtags include: #SB805, #THEATERMATTERS, #CALIFORNIA, #TEATRO, #BIPOCAccess, #SOSCA, #TheaterIsSocialJustice

Why is this bill important?

Small nonprofit theaters are incubators for playwrights, actors, designers, directors and other artists. They have historically provided networking opportunities and mentorship for Black, Indigenous and People of Color artists to facilitate connections necessary for career advancement by providing performance experience that helps to open doors to larger, less accessible companies. Furthermore, SNPACs contribute to the economic growth, social well-being and cultural vitality of the local communities they serve.

“Fifty-six years ago El Teatro Campesino was born on the picket lines of the Great Delano Grape Strike, led by César Chavez and Dolores Huerta. Originally formed of striking farm workers, our company has survived over the last six decades by working from the rural fringes of our society, serving the underserved by giving voice to the voiceless. Before 1965 there was no Chicano theatre, and precious little Latino theatre, from the fields of California to the Great White Way in New York.

“Working out of our converted packing shed playhouse, we have nonetheless nurtured actors, playwrights, designers and stage technicians who would have otherwise never had this foundational opportunity to develop their skills as teachers and artists in the professional theatre. Included among these artists are the late Diane Rodriguez, a beloved core company member in the 70s who went on to become an Associate Artistic Director of the Center Theatre Group in Los Angeles; Edward James Olmos and Daniel Valdez, stars of my play and film Zoot Suit, the first Chicano play to make it to Broadway; Octavio Solis and Josefina López, renowned playwrights who saw their first works produced on our stage; Cultural Clash – Richard Montoya, Rick Salinas and Herbert Sigüenza – who initiated their group career in our playhouse; and a long list of other Latino and Asian actors who have graced our boards over the years.

“The fact is that for over half a century El Teatro Campesino has played a foundational role in the evolution of the American theatre by working out of a 99-seat house in one of the poorest rural areas in the country. It is for this crucial reason that I appeal to your sense of justice and fair play in support of SB 805. The effort to curtail and stifle the spirit of creation at the very grass roots of the American theatre can only impoverish independent working artists and our multicultural society as a whole.”

Josefina López, creator of the play and co-screenwriter of the film, Real Women Have Curves, as well as Founding Artistic Director of CASA 0101 Theater, a 99-seat performance venue in Boyle Heights, CA said:

“Small community theaters tell the stories that mainstream theater won’t because they often consider the stories of BIPOC like me not commercial enough to merit productions on their stages. We are the voice of those left out of the mainstream narrative that puts a white man’s experience as the universal experience. I created my theater to provide opportunities for those who might not otherwise have them, and to serve my local community, and beyond. Over our 20-year history we have created new works and festivals like ‘Brown & Out’ telling LGBTQI+ stories, and ‘Chicanas, Cholas y Chisme,’ telling Latina women’s stories.”

What can you do to help?

On Monday, April 26, 2021 SB 805 will go before the Senate Committee on Labor for a vote. If you want small 99-seat theatres to survive in California, please call and E-mail the offices of the senators mentioned below prior to April 26, 2021 to ask them to pass SB 805. The Senate Labor Committee consists of:

Photo Credit: The cast of Disney’s Beauty and the Beast The Broadway Musical at CASA 0101. 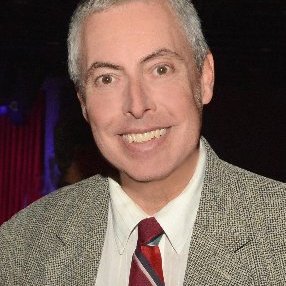